The Utah Office of Tourism seized the opportunity to leverage the NBA 2019-20 season to host a media event and consumer promotion in Toronto. UOT purchased a box suite to host Toronto’s top media to the Toronto Raptors vs. Utah Jazz game played in Toronto on December 1, 2019.

UOT maximized the number of seats in the box suite hosting 22 travel media. The Utah Jazz official hashtag #TakeNote was highlighted as a journalistic pun and means of sharing travel news with the media. A Utah branded notebook was given as the media gift and a prize draw for a trip to Utah, including two tickets to the Toronto Raptors vs. Utah Jazz game in Salt Lake City on March 9, 2020, was awarded to one attending journalist.

Additionally, Canuckiwi negotiated a consumer promotion to coincide with the Toronto Raptors game with MLSE Sports (official agency of the Raptors marketing team).  This partnership included a game day consumer activation that included 15 second TVC ads playing on main videoboard (pre game and halftime), 15 second brand spot on Concourse signage, 15 second brand spot on Suite signage rotation, 4 by 15 second brand spot per hour on Gate 5 videoboard the entire day of the game and 1 TV timeout feature which included the “Air Race to Utah” game activation pitting sections of the crowd against one another in the ultimate opportunity to win a trip to Utah provided by the partners and UOT.  In addition the Raptors additionally provided $20 000.00 worth of TVC coverage on the Canadian channel of NBA TV as part of the programming.  Final consumer attendance on the night was 18, 132 in the stadium. 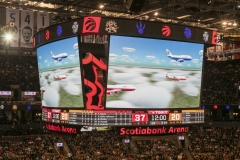 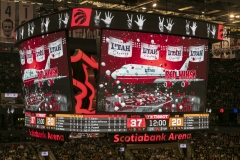 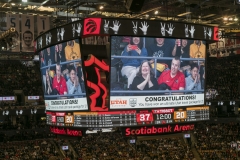 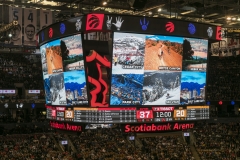 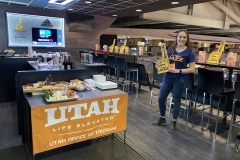 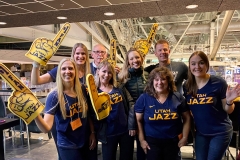 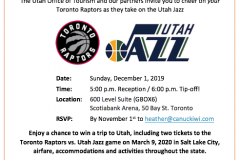