Travel Oregon’s sales mission in New Zealand and Australia encouraged travel agents to share their vision of exploring the state in a healthy way via bicycle, surrounded only by fresh air and wide-open spaces.

As the first state in the USA to create bike friendly trails for tourism exploration, Oregon is home to an endless network of scenic byways that pass by rugged coastal headlands, deep old growth forests, high desert vistas and deep river canyons.

New Zealand and Australian tour operators who all sell Oregon had representatives attending the tourism networking night with craft beer, wine and local cuisine on the itinerary at the respective locations in Auckland and Sydney. An invitation was also extended retail agents wanting to learn more about the cycling state and all its tourism attributes. A hand crafted Oregon bike worth $5000 was up for grabs at the Oregon Pop Up Activation Site.

In addition to the trade event, marketing included a competition for both New Zealand’s Coast radio entrants and Australia’s Smoothfm entrants to be in to win a trip for two to Oregon with the bonus of  a hand crafted Oregon bike. 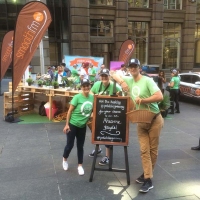 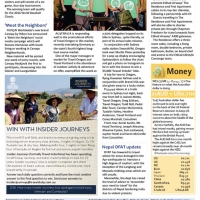 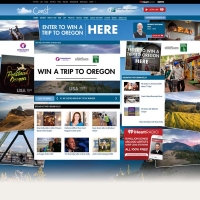